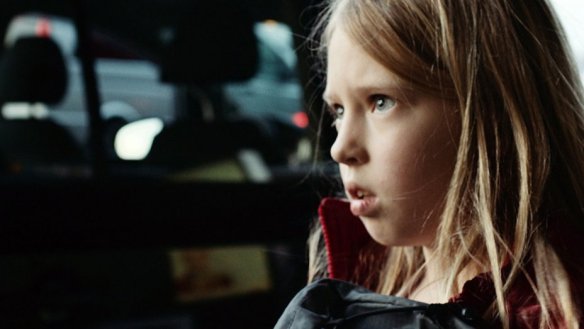 #OscarSoWhite? I dunno. There doesn’t seem to be much of a diversity problem for the five nominated short films in the live-action category. The nominators have selected short films from all around the globe. It would be nice to live in a world where that wasn’t worth a mention, but it is.

The first of the bunch is a 14-minute short from Palestine called ‘Ave Maria’. An Israeli man runs his car into a Virgin Mary statue in front of the West Bank convent, where five Palestinian nuns have sworn a vow of silence for the Sabbath. The possibility of communication between the parties involved is futile. This slight little comedy won me over with its charm and hopefulness – there was something rewarding about watching people with different beliefs work together to solve a problem, geopolitics be damned. Director Basil Khalil’s farce of religious extremism will likely be the winner of the Best Live Action Short Oscar. It’s the sort of picture that Academy voters tend to respond to – it is light-hearted fare, but that one that exceeds the “too slight” threshold.

The second film is Jamie Donoughue’s ‘Shok’, a coproduction of Kosovo and the United Kingdom. This 21-minute coming-of-age film about the friendship between two Albanian boys and their encounters with Serbian troops during the Kosovo war in 1998 features solid performances and a worthy subject matter. And yet, I would say this is the weakest link – the only one of the five shorts in which my attention wandered a little. The story builds to an uninspired climactic conflict and the production appears distractingly glossy for such a rough story. This is the one short that may have benefited from a feature length treatment, but even in its current state, it does have its share of unnerving moments.

The middle picture is Germany’s ‘Everything Will Be Okay’. The longest entry, at 30 minutes, is emotionally loaded and unquestionably my favorite of the five live-action shorts. A divorced father (Simon Schwarz) takes his eight-year-old daughter (Julia Pointner) out on what, at first, seems like one of their regularly scheduled weekends together but eventually reveals itself to be something that will forever change their relationship. I had no idea where this story was going – the narrative twists and complications are expertly handled. Though the story is told through the eyes of a young girl, it assumes a degree of perceptivity from its audience. Director Patrick Vollrath draws terrific performances from his two leads, and imbues the proceedings with a sense of immediacy, which makes this domestic drama unfold like a highly charged thriller.

We are then treated to the well-acted and absolutely delightful ‘Stutterer’. This 13-minute short from England follows a man with an unrelenting speech impediment (Matthew Needham, wonderful) having to find the courage to meet a woman in person whom he has had an online relationship with for months. The prospect of their first in-person meet is terrifying and writer/director Benjamin Cleary, operating within the narrow confines of short-form narrative, takes us deep into the mind of someone who has to deal with the daily struggles of having the words in front of him, but finding it nearly impossible to voice them. This is the lightest, and airiest of the group.

The only American-produced short from this year’s nominees is Henry Hughes’ gripping ‘Day One’, which packs an astounding amount in its 25-minute runtime. On her first day on the job in Afghanistan, an Afghan-American interpreter (Layla Alizada) with no medical training finds herself pressured to deliver a baby from the wife of a terrorist. Alizada’s performance is excellent, and here, as in ‘Ave Maria’, the religious customs and language barriers complicate the procedure. The film is based on a true story and there is an authenticity to it that probably stems from the director having spent four years in Afghanistan.

I’m not sure how the sequence of the shorts was determined, but as presented, ‘Stutterer’ leaves you with a smile on your face before ‘Day One’ swings you back into depression. I would reverse these two so that viewers could leave the theater feeling optimistic. I saw the 2016 Oscar Nominated Live Shorts in a fairly packed auditorium at TIFF Bell Lightbox on a Saturday afternoon. You now have the opportunity to see the year’s best shorts in a single sitting on a big screen – you absolutely should take advantage of it. QED.